Thirty-eight avid Snake players, belonging to six of the Victoria area’s nine croquet clubs, grabbed their mallets and fought it out at Oak Bay LBC in search of glory in the 2022 Snake Team Challenge.  The event, the Island’s first-ever major inter-club croquet competition, took place March 5, 6, and 12.  Canadian Pacific entered four pairs into the 16-pair contest, with 10 club members taking part.
The first two days, March 5 and 6, saw each entering pair play 6 games.  The two most successful pairs from each of the four teams met again on March 12 to seek final victory.  After two rounds of play on the 12th, each team had played 28 games, and the wins were added up.  With 18 wins, the Victoria LBC players came away with the first prize of $60 as the winning team, followed by CP with 14, Oak Bay with 13, and the Quimper group with 11.
But the winning pairs had not yet been determined.  The first two rounds on the 12th eliminated two pairs, and two more rounds eliminated two more pairs each, leaving the V-4 team of Lorne O and Ralph S facing off with the Q-1 team of Chris H and Tom E.  After a fierce struggle, Lorne and Ralph claimed the top pair’s prize of $60, while Chris and Tom had to make do with the runners-up’s paltry $40.  Canadian Pacific’s Mike H and Keir C made it to the semi-finals and a share of the third place spot before losing to the Quimper boys, and Oak Bay’s Brent J and Gopal G shared third after a semi-final loss to Lorne and Ralph.
As the cheers wound down, participants began discussing how and when the next event would be organized.
Oak Bay hosted with enthusiasm, opening the bar when the games were over.
Beth C provided vital assistance as the Chief Scorekeeper and Statistician, with useful assistance from Gopal.

The weather was beautiful the first weekend and challengingly blustery and chill the second, but the tournament avoided the rain, which is the bane of croquet everywhere.  Altogether a successful event. 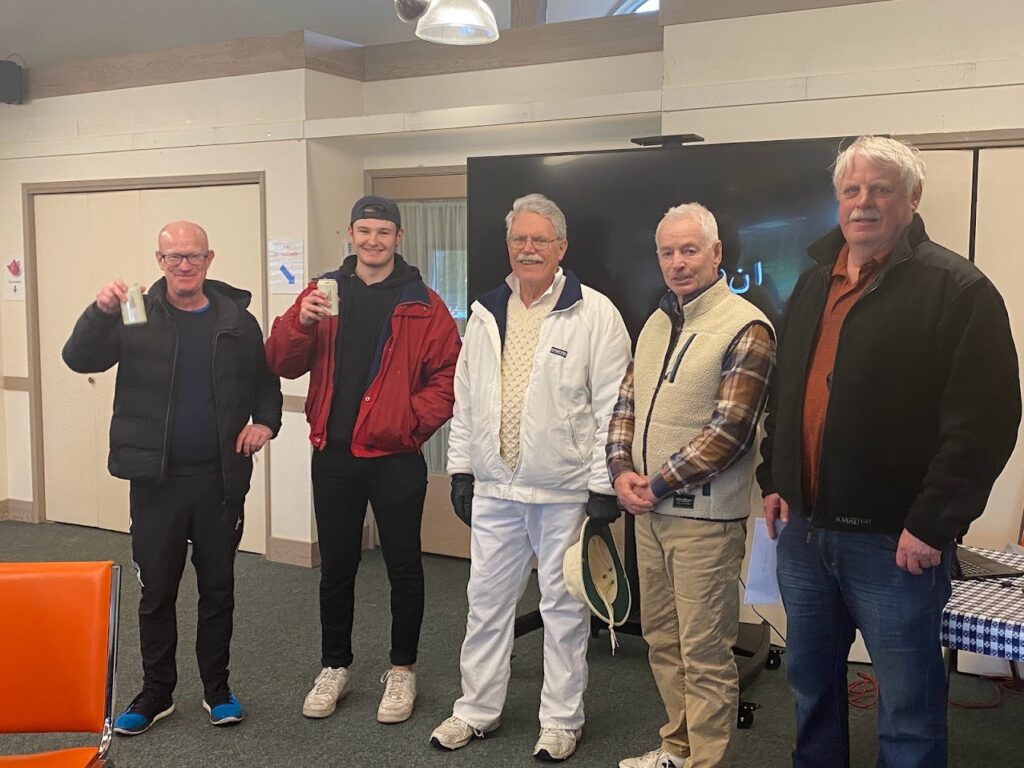