On Sunday, August 7th, twenty club members battling it out for the historic CP Men’s Pair trophy. Despite some warm weather the competition proved very competitive, with four sides tied for first after the three game draw at two wins a piece. The eventual winners had to be determined by points scored for versus against. Congratulations to our new Club champions, Kevin B and Dave C. Runners up were Alan F and Mark F. Third place was claimed by James B and Kevin G. 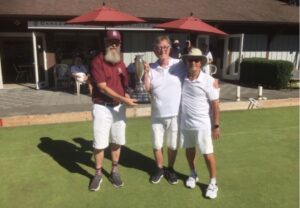 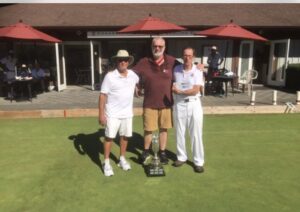